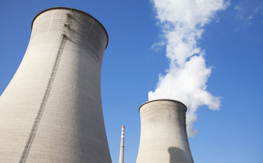 These products are used to control the occurrence of scale that can form in circulating water systems in the boilers of various factories and industrial complexes, steamers, cooling towers for building air conditioning, and washers for glass bottles and the like. We have grades suitable for various types of scale and water quality.

What are Scale Inhibitors?

Scale refers to the insoluble salts that have crystallized and separated on the surfaces of walls of machinery, when oversaturated with cations like calcium, magnesium, iron, and barium and anions like carbonic acid ions, hydrogen carbonate, sulfuric acid ions, and silicic acid ions in the water because of heating, cooling, or changes in pH.

In the circulating water systems of heat exchangers like cooling towers, boilers, and steamers on building rooftops, the occurrence of scale can cause a variety of damage, including corrosion and blockage of piping, water leaks, and reductions in heat efficiency. Scale inhibitors are used to avoid such problems.