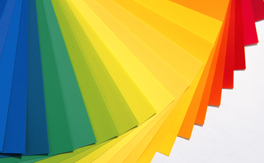 Caustic soda is used in the paper manufacturing process.

The electrolysis business has been a cornerstone of Toagosei since its founding, with manufacturing bases for electrolysis located at its Nagoya, Tokushima, and Yokohama plants. Electrolysis at Toagosei means soda electrolysis using sodium chloride and potash electrolysis using potassium chloride. We produce caustic soda and chlorine by electrolyzing sodium chloride. Caustic soda is used as a basic raw material in a variety of industries, and so the extent of the soda industry’s development in a country is a measure of its economic development. Caustic soda is used as a raw material for paper, pulp and chemicals. Chlorine is used in liquid chlorine, hydrochloric acid, sodium hypochlorite, and iron (III) chloride solution, etc. In addition, the Nagoya Plant produces caustic potash. We produce and store our electrolysis products at multiple locations and strive to maintain a stable supply from optimal shipping locations. In addition to electrolysis products, we also manufacture and sell a wide array of pharmaceutical agents such as sulfuric acid and sodium sulfite which are used in a broad range of industries.

Saline solution is used to cool and compress chlorine gas obtained from electrolysis. Liquid chlorine reacts easily with other elements and is widely used as a raw material in many chemical products. This includes bleaches and as an antimicrobial agent in tap water.

Sodium hypochlorite is made from caustic soda and chlorine.
It is used in a wide range of applications, including sterilization of tap water and swimming pools, as well as in pulp bleach, food industries, water treatment, effluent treatment, and ballast water purification.

This product contains a reduced amount of salt to mitigate the breakdown of sodium hypochlorite.

This type of sodium hypochlorite contains less sodium chloride and bromate and is mainly used in water system applications because of today’s rigorous water quality control regulations. Our proprietary manufacturing method ensures stable quality and it is mainly used to sterilize swimming pools, as well as in water and sewerage systems and pharmaceuticals. It is also used in applications that demand strict hygiene control such as in food processing.

Caustic potash is a strong alkaline solution produced during electrolysis of potassium chloride aqueous solution. It is used in a broad range of applications, from alkaline batteries and pharmaceuticals to cosmetics, various potassium derivatives, detergents, and food additives. We carry both liquid (general and low chlorine) and solid type caustic potash.

Iron (III) chloride solution is highly acidic and corrosive.
It is used in electronics industries for etching printed wiring boards and lead frames and other applications. It is also used as a flocculating agent for sewerage and effluent treatment.

Sulfuric acid is used in a wide range of applications, including fertilizers, paper and pulp manufacturing, and others.

This product is a copper oxide powder with reduced impurities developed as a source of copper to replenish liquid solutions used in various copper plating applications.
It is used during the manufacture of printed wiring boards and to make decorative plastic plating.

Trichlorethylene (chemical formula: C2HCl3) is one type of chlorine-based organic solvent that has powerful cleaning capabilities. It is also one of the strongest chlorine-based solvents for removing grease.

Tetrachlorethylene (chemical formula: C2Cl4) is one type of chlorine-based solvent that has strong stability. It is used in metal cleaning and as a dry cleaning solvent.

Potassium bicarbonate (chemical formula: KHCO3) is used as a highly water-soluble and fast-acting potash fertilizer.
This is a low-alkaline fertilizer made from carbon dioxide gas and potassium chemically synthesized to have the same composition as natural plant ash, ensuring that it will not damage the soil.