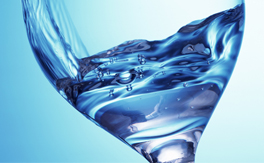 These are used to impart thickness and other properties to latex, paints, adhesives, cosmetics, and other materials. We offer a broad range of grades, including powders, water soluble, and emulsions for characteristics such as thickening effects, flow properties, and workability.

Different types of thickeners are widely used to increase the thickness of latex or other compounds. We are developing high polymer carboxylic acid thickeners, and have released three types: powder, aqueous solution, and emulsion.

The thickening mechanism has been explained as being caused by the formation of hydrogen bonds to carboxyl groups and water molecules, and structural viscosity owing to the three-dimensional network formed by the thickener polymer's adsorption to pigment particles.

While there are differences due to the size, quantity, and the affinities and the like of pigment particles in the system, it is possible to impart a so-called thixotropic quality that destroys the three-dimensional network structure by shearing stress and lowers viscosity. This property is widely used to improve the applicability of water-based paints, latex, compounds, etc.

Characteristics and Usage of Various Thickeners